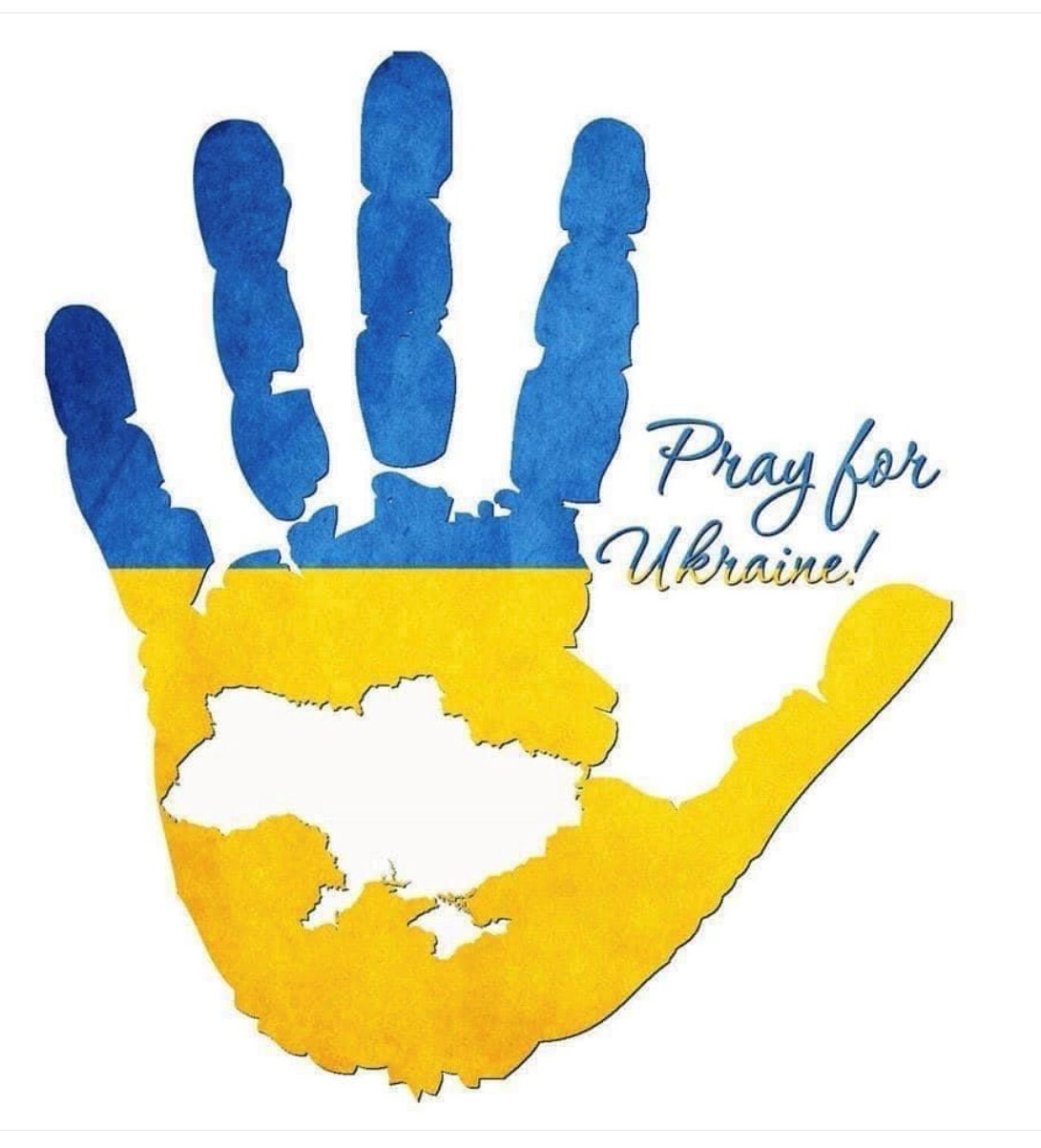 Let us pray with our hands and support those in need thru the World Union for Progressive Judaism or the Joint Distribution Committee or IsraAID or the UJA/Federation or Meest.

But for the grace of God, there go I …In the late 1890’s my paternal grandfather whom I adored, Grandpa Max left the Ukraine and came to the US. He left as Mendel Levine who was about to be inducted for seven years into the Czar’s army, as were young Jewish teenagers in the land of pogroms and arrived as Max Gelfand. He never looked back on his birthplace as after all there are few lands more saturated with Jewish blood than Ukraine. So beyond the horrors of a modern-day invasion of a democracy by a totalitarian leader the names of the cities in the news are familiar to my ears: Kharkov, Kiev and L’vov. And my story is surely not unique.

Many of us can trace our family history back to the Pale of Settlement – the lands designated for Ashkenazi Jews with government sanctioned antisemitism, violent pogroms and poverty as a way of life. For some who never left, 1.6 million souls, their lives extinguished by the darkness of the Shoah bear witness to the horrors of history in Ukraine alone. Between 1933-45, the Nazi and Soviet regimes deliberately murdered about 14 million civilians in the “blood lands” – central Poland to western Russia, thru Ukraine, Belarus, the Baltic states.

As David Harris, AJC CEO and our TI member just wrote (see here), “It may not be useful to make direct historical comparisons, but since Putin himself spoke of the need to ‘denazify’ Ukraine, let’s call a spade a spade. It’s not democratic Ukraine, led by an elected Jewish president today, that needs to be ‘denazified.’ Rather it’s Russia, led by a tyrant who’s been using Hitler’s 1938-9 playbook to advance his ambitions, that needs to be denazified.”

Why care about Ukraine besides the over 200,000 Jews there and our responsibilities​ to them? How many knew that it’s the biggest European ​country, larger than France. The Donbass territories, occupied by Russia are as big as Switzerland. Or, 1st in proven recoverable reserves of uranium ores. 2nd largest iron reserves in the world. 3rd in Europe in shale gas reserves. 4th in the world in natural resources, potato production and titanium exports. 8th in the world in wheat exports including about 50% of Israel’s wheat! 9th place in the world in defense industry exports. 10th largest steel producer in the world. This is not my Grandpa Max’s Ukraine but an industrialized, hi-tech nation that can meet the food needs of 600 million people. And beyond that they’ve recently had a Jewish Prime Minister and now a Jewish President, something which we Americans cannot say. (only Israel)

A dark Jewish history for sure, but also the home of Hasidism which began as a great spiritual awakening or a spiritual revolution. Long before Grandpa Max, the Baal Shem Tov was born, lived and died in the Ukraine, as did his primary followers the Rabbis of Berdichev, Chernobyl and Mezeritch and to this day tens of thousands of Jewish pilgrims yet annually visit the grave of Reb Nachman of Bratslav in Uman.

Surprisingly, this month, when surely they could have postponed it living under duress, Ukraine’s parliament would have surprised Grandpa Max by passing a law criminalizing antisemitism, saying a perpetrator will be punished with a serious fine or up to five years in jail! Guess sometimes things do change for the better.

We who long ago emerged from Egyptian slavery have been for the past 3,000 years bearers of the flames of justice, committed to freedom and supporters of democracy are called upon to stand with the people of the Ukraine.

War has begun and people are hungry and dying.
We ask for Your protection for the citizens of the Ukraine
and their neighbors who have opened their doors –
Hungary, Poland and Rumania, among others, for safe passage.
May this violence be diffused.
May our leaders respond with wisdom and unity,
as we hold the people of the Ukraine in our hearts. Amen.

Do a mitzvah and join me in responding to this horror and then let us say to one another and the Jews of the Ukraine, “We will not abandon you as we pray for a Shabbat shalom.”